Dear chess players, the Chess Academy of Armenia has the pleasure to announce that the 11th Andranik Margaryan Memorial Swiss Tournament will be organized from January 08 to 16, 2022.

The tournament will be held in different age groups.

Those who have the following qualifications are eligible to participate in the tournaments:

A1 tournament: with a national rating (girls and region participants at least I chess rank)

A2 tournament- at least I chess rank 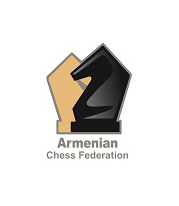